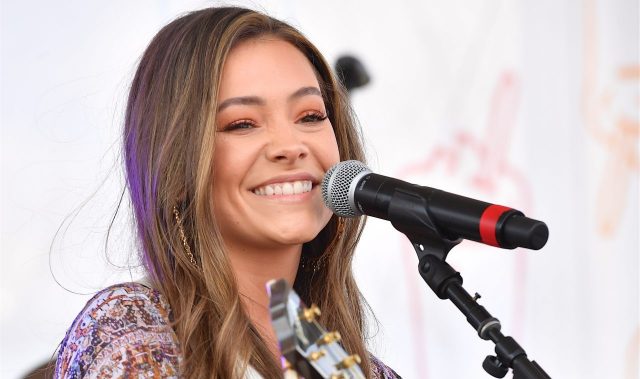 Tae Dye’s weight and other measurements are visible in the table below. Check it out!

Tae Dye is an American country singer and songwriter. She is best known as one half of music duo Maddie & Tae with Maddie Marlow. The duo released a self-titled EP in November of 2014. Their debut album, Start Here, was released on August 28, 2015, and includes the singles “Girl in a Country Song”, “Shut Up and Fish”, “Fly”, and “Sierra”. Born Taylor Elizabeth Dye on September 18, 1995 in Ada, Oklahoma, USA, she is the sister of actor Mason Dye. Tae moved to Nashville after high school. Growing up, Tae performed at several events from singing the National Anthem to competing in festivals. At 15, she and Maddie Marlow met through a mutual vocal coach and the two began writing music together. Tae has been in a relationship with fellow country singer Jackie Lee.