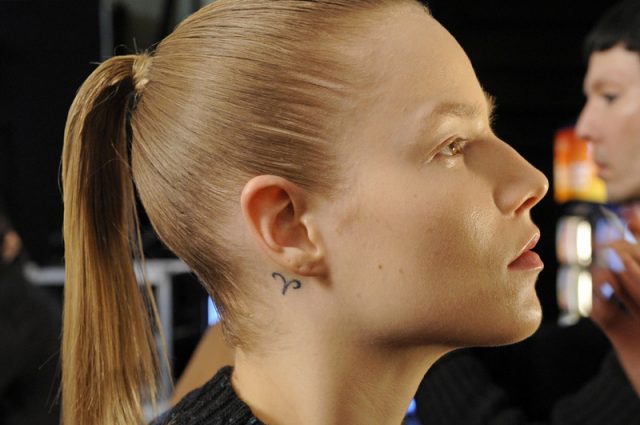 Suvi Koponen’s height and other measurements are visible in the table below. Check it out!

Suvi Koponen is a Finnish fashion model. She first achieved fame after winning the 2005 Mallikoulu contest in Finland, and won a model contract with international top Model Agency Women in Milan, Paris and New York. She has modeled for numerous designers including Anna Sui, Vera Wang, Marc Jacobs, Donna Karan, BCBG Max Azria, Calvin Klein, Louis Vuitton, Anne Klein, Blumarine, Miu Miu, Nina Ricci and Prada. She has also appeared in the French, American, British, and Italian editions of Vogue. Born Suvi Maria Koponen on March 26, 1988 in Vantaa, Finland, she is the oldest of three children. Her father is the manager of an assisted living facility and her mother is a kindergarten teacher. Suvi’s modeling career got started at 16 when she won a Finnish modeling TV show. She made her runway debut during F/W 06/07 Fashion Week. She has been married to American fashion model and actor Tyler Riggs since January 2012. They have two children.