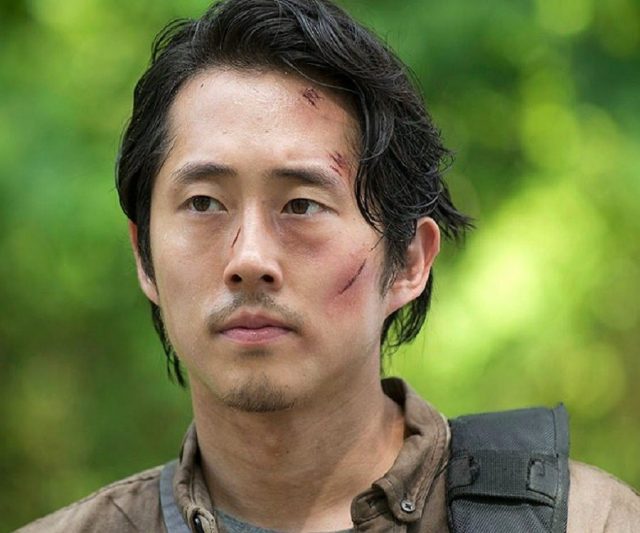 Steven Yeun’s shoe size and other measurements are visible in the table below. Check it out!

Steven Yeun is a Korean American actor, voice actor and singer. He is best known for portraying Glenn Rhee on the AMC series The Walking Dead from 2010 to 2016, and as Ben in the South Korean mystery drama film Burning (2018). Steven played supporting roles in the films Okja and Sorry to Bother You. He has also done voice work in Voltron: Legendary Defender, Trollhunters, Stretch Armstrong and the Flex Fighters, Final Space, 3Below, and Tuca & Bertie. Born Yeun Sang-yeop on December 21, 1983 in Seoul, South Korea, to parents June and Je Yeun, he grew up in Troy, Michigan. He earned a bachelor’s degree in psychology from Kalamazoo College in 2005. Following his college graduation, he became a member of Stir Friday Night, a comedy sketch group comprising of Asian-American members. In December 2016, he married photographer Joana Pak. Together they have two children.

I felt like I’ve needed to ask my parents up until about four years ago about everything. They have helped me tremendously, I came out of college with no debt. Everything they made, they just poured into my education.

I grew up in Michigan, so I played hockey, football and basketball. I played a little bit of lacrosse, too. My brother played more lacrosse and ran track.

I was a psych major in college and I actually owned two white lab rats. I had to train them and I took them home so that’s just kind of missing for me.

I’m stupidly curious. I will go and touch anything until I find out that it’s very harmful.

Maybe it’s a cultural thing, being Korean, but my first reflex has always been to exude humility – but it doesn’t help you in acting. For acting, humility isn’t the best thing. It’ll weaken your work.