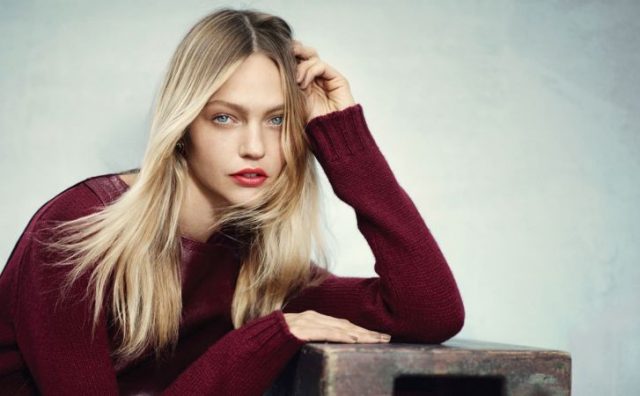 Sasha Pivovarova’s weight and other measurements are visible in the table below. Check it out!

Sasha Pivovarova is a Russian fashion model and actress, best known for appearing in ads for brands like Prada, H&M, Giorgio Armani, and Hugo Boss. She has appeared on the cover of fashion magazines such as Vogue and Numero. Sasha has worked with top designers like Christian Dior, Valentino, and Elie Saab. She made her film debut in the science-fiction thriller In Time (2011). Born Aleksandra Igorevna Pivovarova on January 21, 1985 in Moscow, Russia, her father is Igor Pivovarov. Following her high school graduation, Pivovarova studied Art History at the Russian University for the Humanities. She is married to photographer Igor Vishnyakov, with whom she has a daughter, Mia Isis.

I don’t use a hairdryer when it’s not necessary; I try to look after my fragile hair.

It feels really strange when I walk by newsstands and I don’t see any magazines with me in it!

I like to look after my body and my mind at the same time.

I love to do kung fu – it gives me energy.

Pampering my skin with moisturiser is very important, but so is drawing. I like sport, but I have to be really interested in it.