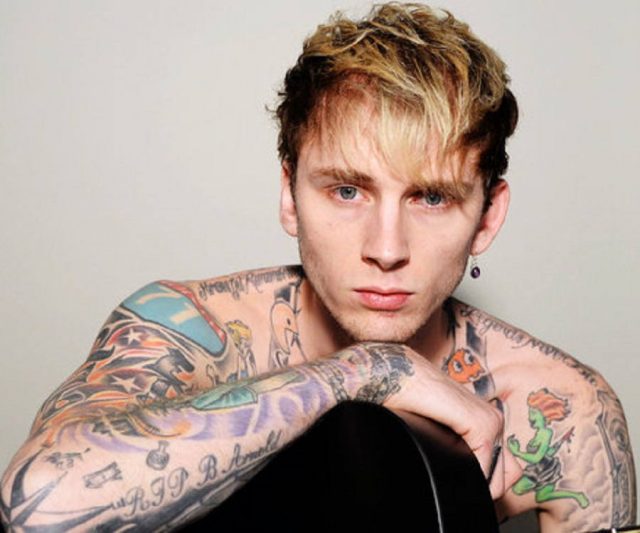 Machine Gun Kelly’s weight and other measurements are visible in the table below. Check it out!

Machine Gun Kelly is an American rapper and actor who rose to fame after releasing the mixtape Stamp of Approval (2006). He released his debut studio album, Lace Up, in October 2012, which yielded the singles “Wild Boy”, “Invincible”, “Stereo”, and “Hold On (Shut Up)”, debuted #4 on the US Billboard 200 chart. He won ‘Woodie of the Year’ from mtvU Woodie Awards 2013. As an actor, he made his film debut in the 2014 romantic drama Beyond the Lights. In 2018, he starred as Felix in Netflix’s Bird Box. Born Richard Colson Baker on April 22, 1990 in Houston, Texas, to missionary parents, he grew up in Los Angeles, Denver, Chicago, Cleveland and abroad. He is of American descent on his father’s side, and of Norwegian descent on his mother’s side. He attended Hamilton Middle School, a school with an ethnically diverse student body in Denver, Colorado. He has a daughter named Casie by a woman that is not known to the public.

Not everyone wants to be in misery in every song!

I’m probably one of the wildest, most out-of-control people in the industry.

You can make something out of nothing. I proved that with my career, making it out of the city that I’m from.

A lot of time, my inspiration comes from pain: growing pains, hunger pains, or money pains.