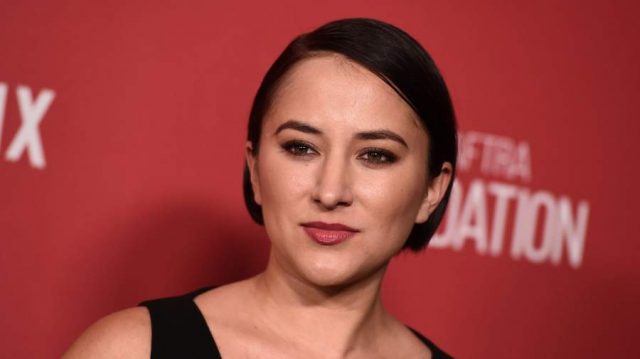 Zelda Williams’ weight and other measurements are visible in the table below. Check it out!

Zelda Williams is an American actress best known as the daughter of famous comedian and actor, Robin Williams. Zelda appeared in the 2004 film House of D alongside her father and starred in the 2016 Freeform series Dead of Summer. Zelda’s other notable works include Teen Wolf, The Legend of Korra, Teenage Mutant Ninja Turtles, Were the World Mine, and Never. Born Zelda Rae Williams on July 31, 1989 in New York City, New York, USA, she is daughter of the late comedian and Oscar-winning actor Robin Williams and screenwriter and movie producer Marsha Garces and older sister of Cody Williams. She is of English, Welsh, Scottish, Irish, German, French, Filipino, and Finnish descent. She was educated at Urban School of San Francisco. Zelda made her acting debut on the TV movie In Search of Dr. Seuss at age 5. She dated actor Jackson Heywood from 2013 until 2016. Zelda was previously in a relationship with actors Colin Donnell from 2012 to 2013.

I’ve always enjoyed gaming, but even as I got older, and I started to get deeper into writing and all this stuff that is my grown-up job, I couldn’t play as much as I used to.

Avoiding fear, sadness, or anger is not the same thing as being happy.

For a man so incredibly hairy and square, watching my dad get on a bike was like watching a penguin spread its wings and take flight. He’d take off at inhuman speed, a smile on his face, and never look back.

More than anything, I wanted to be Aragorn in ‘Lord of the Rings,’ and I wanted to be Lirael in the ‘Sabriel’ trilogy. The only way I was ever going to get to do that was act, so I tried.

For those suffering from depression, I know how dark and endless that tunnel can feel. But if happiness seems impossible to find, please hold on to the possibility of hope, faint though it may be.