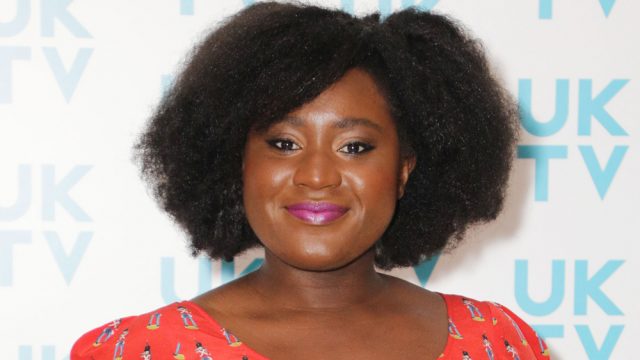 Susie Wokoma’s shoe size and other measurements are visible in the table below. Check it out!

Susie Wokoma is a British actress and writer. She is best known for her portrayal of Raquel in the E4/Netflix show Crazyhead, and for her role as Cynthia in the E4 comedy hit Chewing Gum. Born Susan Indiaba Wokoma on December 31, 1987 in Southwark, London, England, to Nigerian parents, her older sister, Emi, is a musical theatre actress. Wokoma made her television debut at 14 as a participant in CBBC’s Serious Jungle in 2002, and landed her first professional acting role in the BAFTA award winning That Summer Day (2006). She made her film debut in Half of a Yellow Sun (2013).