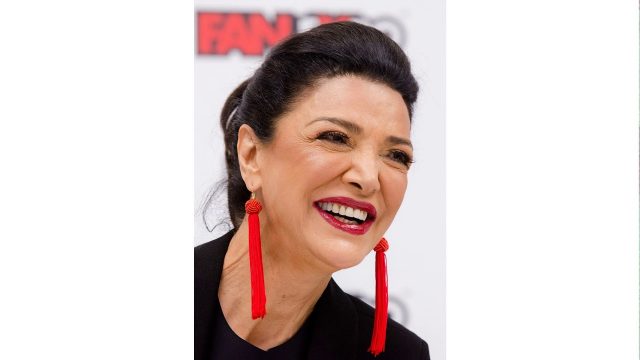 Shohreh Aghdashloo’s weight and other measurements are visible in the table below. Check it out!

Shohreh Aghdashloo is an Iranian-American actress. She is best known for her role as Nadereh ‘Nadi’ Behrani in the 2003 American drama film House of Sand and Fog, and for her roles on the television series 24, House of Saddam, Grimm, The Punisher, and The Expanse. She has also done voice work in the video games Mass Effect 2, Mass Effect 3, Destiny and Destiny 2. She released her autobiography, titled The Alley of Love and Yellow Jasmines in 2013. Born Shohreh Vaziri-Tabar on May 11, 1952 in Tehran, Iran, to parents Effie and Anushiravan Vaziri-Tabar, she has three brothers: Shahriar, Shahram and Shahrokh. Shohreh started her acting career with Theater Workshops in Iran, where she performed in numerous plays. She left Iran for England at the start of the Iranian Revolution. She earned her bachelor’s degree in international relations from Brunel University. Her first major film role was in The Report (1977) directed by Abbas Kiarostami, which won the Critics Award at the Moscow Film Festival. She made her American film debut in 1989 in a starring role in Guests of Hotel Astoria. She made her television debut in 1990 playing a guest role in the two-hour episode of the NBC television series Matlock, titled “Nowhere to Turn: A Matlock Mystery Movie”. She has been married to Houshang Touzie since 1987. Together they have one daughter, Tara Touzie. She was previously married to Aydin Aghdashloo.

Cinema is a reflection of its own society.

Iranians call California and Iran ‘sister cities;’ they’re very much alike. Iranians feel at home here and the weather is so close to Iranian weather.

I proud to say that most of the Iranians love me and love my work. I love them, and I always have them in my mind when I work. There are few people who do not agree with me, but truly, I don’t care. I call myself an actress with a mission.

I studied international relations in England, and I wanted to pursue higher education and be able to analyze what was going on in Iran politically, not only in Iran, but in the Middle East.