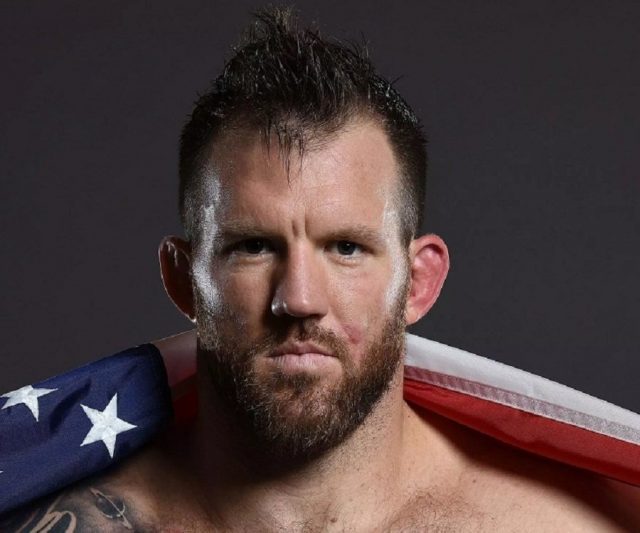 Ryan Bader’s height and other measurements are visible in the table below. Check it out!

Ryan Bader is an American mixed martial artist currently signed with the UFC. He is the current Bellator Light Heavyweight World Champion. He was a winner of The Ultimate Fighter: Team Nogueira vs. Team Mir, the 8th season of Spike TV and UFC’s reality series. Born Ryan DuWayne Bader on June 7, 1983 in Reno, Nevada, USA, to Anita and Mark Bader, he has one sister named Karlea. He attended Robert McQueen High School where he won two state championships. He began his UFC career as a contestant on season 8 of The Ultimate Fighter. In 2010, he married his longtime girlfriend Daisy with whom he has three children.

We’ve always taken every single fight that was offered.

Winning is everything to us, but at the same time you’ve gotta have exciting fights and keep pushing it in that way.

I’m really into circuit training. You don’t have to do each station for very long. Implementing some free weights, maybe a treadmill if you’re at a gym, you can put together your own little circuit. Go hard for five minutes, take a minute break. Maybe do a one minute hard run on the treadmill, right into some pull ups.

I don’t like to take any time off because I think with all my time I should be trying to get better.

I get wanting to fight in the UFC. I got my start there. I fought 20 times there.