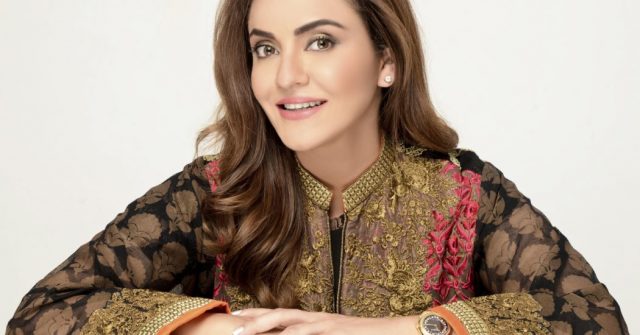 Nadia Khan’s weight and other measurements are visible in the table below. Check it out!

Nadia Khan is a Pakistani television actress, host and producer, best known for hosting The Nadia Khan Show, a talk show on Pakistan’s Geo Entertainment, started in 2006, and for her YouTube channel, Outstyle. Nadia is also known for her roles in the series Laag, Aisi Hai Tanhai, Koi To Ho, Kaisi Aurat Hoon Main, Khana Khud Garam Karo, and Dolly Darling. Currently, she is playing a role of Aima in Kam Zarf airing on Geo TV. Born on May 22, 1979 in Quetta, Pakistan, to an ethnic Pathan family, her parents are Tahira Khan and Aslam Khan. Nadia made her television debut in the 1993 show Daak Time (Mail Time) with Uncle Sargam on PTV and made her acting debut in 1996 in television series, Pal Do Pal, for which she won a 1997 PTV Award.