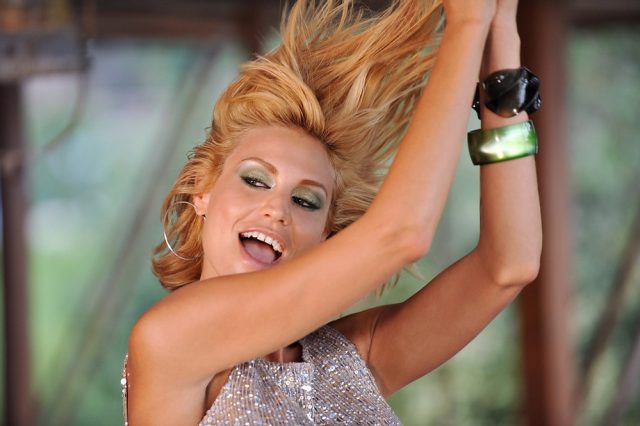 Lisa D’Amato’s weight and other measurements are visible in the table below. Check it out!

Lisa D’Amato is an American recording artist, fashion model and television personality. D’Amato first came to fame as a contestant on Cycle 5 of America’s Next Top Model, where she finished sixth place, and eventually went on to win the All Star cycle (17th cycle). She has appeared in ads for companies like XOXO, Barneys New York, Sassy, YM, Seventeen, Mervyn’s, Teen Magazine, Guess, Flojos, Surfer Magazine, and Dragonfly, and has travelled around the world doing runway shows and print for Barneys New York, XOXO, Guess, Jared Gold, Devon Becke’s, 2BeFree, Clementyne, Sebastian’s International, Levi’s, H&M, Diane Von Furstenberg, Coca-Cola’s Bon Voyage campaign, Q101, Target, and The Gap’s “Mellow Yellow” campaign. D’Amato released her debut album, La Puchinetta, in December 2009, followed by her second album, Flippin’ the Bird in September 2011. Born Lisa Marie D’Amato on October 22, 1980 in Los Angeles, California, her parents divorced when she was age seven, and she was raised by her mother. She started modeling at the age of 12. She is married to entrepreneur Adam Friedman with whom she has two sons.