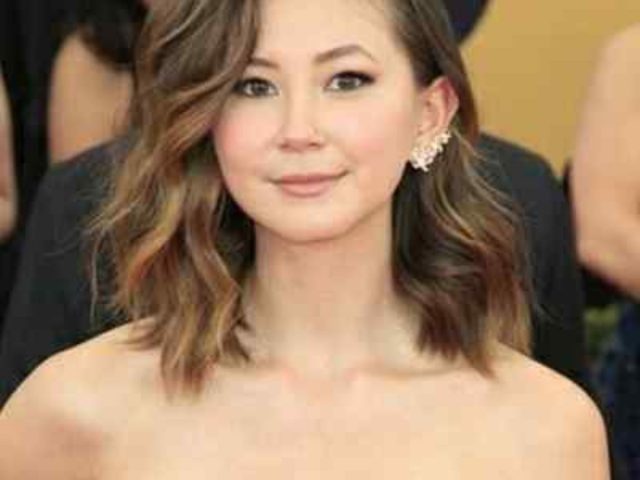 Kimiko Glenn’s shoe size and other measurements are visible in the table below. Check it out!

Kimiko Glenn is an American actress and singer. She is best known for playing Brook Soso on the Netflix comedy series Orange Is the New Black, for which she received three Screen Actors Guild Awards. She played Dawn Pinket in the Broadway musical Waitress, and Harlow in the web series Liza on Demand. She has also done voice work in Voltron: Legendary Defender, Spider-Man: Into the Spider-Verse, Sofia the First, and DuckTales. Her notable film credits include Construction, Nous York, Hair Brained, and the 2019 romantic comedy film Can You Keep a Secret?. Born Kimiko Elizabeth Glenn on June 27, 1989 in Phoenix, Arizona, USA, to parents Mark and Sumiko, she has one sister named Amanda. She is of German, Scottish, and Irish descent on her father’s side, and of Japanese descent on her mother’s side. Glenn started acting at the Valley Youth Theatre in Phoenix, and several other local theaters, when she was ten years old. She made her film debut in the comedy film, Nous York (2012). She received her education at Desert Vista High School and the Interlochen Arts Academy boarding school in Interlochen, Michigan. She also attended the Boston Conservatory, but dropped out after a year. She has been in a relationship with actor Sean Grandillo since February 2015.

When I think back on high school, I always tried to make silly videos with my friends.

Thinking back on it, I just really didn’t have very many role models to look up to when it came to Asian actresses. And in that way, when I would see an Asian onscreen, it would be a secondary-type thing, and that’s kind of how I ended up viewing myself in the world: as secondary.

I’m a carb-y person. I love pastries and whatnot.

I was born and grew up in Phoenix, and I left there when I was 17 to go to Interlochen Arts Academy – a boarding school in Michigan – for a year, and then I went to college for a year at The Boston Conservatory and landed the ‘Spring Awakening’ tour midway through my freshman year, which was pretty cool.

I was kind of an obnoxious kid. I would imitate Celine Dion. I would jump around and belt to the rafters and do the accent and everything.