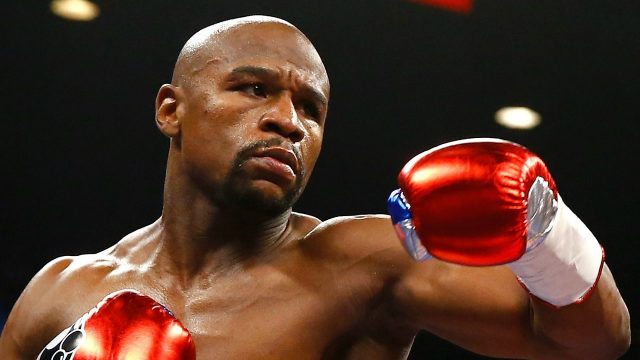 Floyd Mayweather Jr.’s height and other measurements are visible in the table below. Check it out!

Floyd Mayweather Jr. is an American retired professional boxer who is widely considered to be one of the greatest boxers of his era. Mayweather competed from 1996 to 2007, 2009 to 2010, 2011 to 2015, and in 2017, he made a comeback to the ring and defeated the greatest MMA fighter of all time Conor Mcgregor. During his career, he has won 15 world titles and the lineal championship in four different weight classes. Mayweather won a bronze medal in the featherweight division at the 1996 Olympics. He won three U.S. Golden Gloves championships (at light flyweight, flyweight, and featherweight), and the U.S. national championship at featherweight. He is a two-time winner of the Ring magazine Fighter of the Year award (1998 and 2007), a three-time winner of the Boxing Writers Association of America (BWAA) Fighter of the Year award (2007, 2013 and 2015), and a six-time winner of the Best Fighter ESPY Award (2007, 2008, 2010, 2012, 2013, and 2014). He retired in 2017 with a record of 50-0. Born Floyd Joy Sinclair on February 24, 1977 in Grand Rapids, Michigan, into a family of boxers, he is the son of a boxer, Floyd Mayweather Sr. who fought Hall of Famer Sugar Ray Leonard. His uncles Jeff Mayweather and Roger Mayweather, were both professional boxers. He attended Ottawa Hills High School in Michigan. He has four children: daughters Iyanna and Jirah and Sons Koraun and Zion.

Things happen for a reason, and the only thing you can do is at night time get on your knees and ask God for forgiveness for anything that you did that you didn’t feel was right.

You have good days, you have bad days. But the main thing is to grow mentally.

I haven’t took no punishment. There’s nothing cool about taking punishment.

You hear certain things, negative things, all the time that aren’t true, but you never hear about the positive.