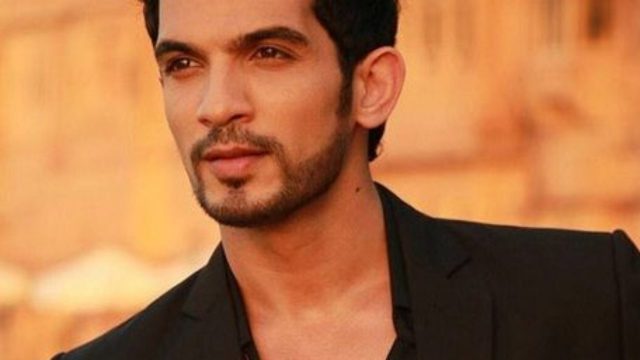 Arjun Bijlani’s shoe size and other measurements are visible in the table below. Check it out!

Arjun Bijlani is an Indian actor of television and film. He is best known for television roles as Aalekh Sharma on Left Right Left, Mayank Sharma on Miley Jab Hum Tum, Shikhar Mehra on Meri Aashiqui Tum Se Hi, Ritik Singh/Sangram Singh on Naagin, and Raghav Mehra on Pardes Mein Hai Mera Dil. He participated in the dance reality show Jhalak Dikhhla Jaa 9 in 2016. He made his Bollywood debut with the 2016 film, Direct Ishq. He hosted Colors TV’s cooking reality show, Kitchen Champion in 2019. Born on October 31, 1982 in Mumbai, Maharashtra, India, to parents Shakti and Sudarshan Bijlani, he completed his schooling from Bombay Scottish School, Mahim and his college from H.R. College of Commerce and Economics. He began his television career in 2004 with Balaji Telefilms’ Kartika on Hungama TV. He married his long time girlfriend Neha Swami on May 20, 2013. Together they have one son, Ayaan Bijlani.